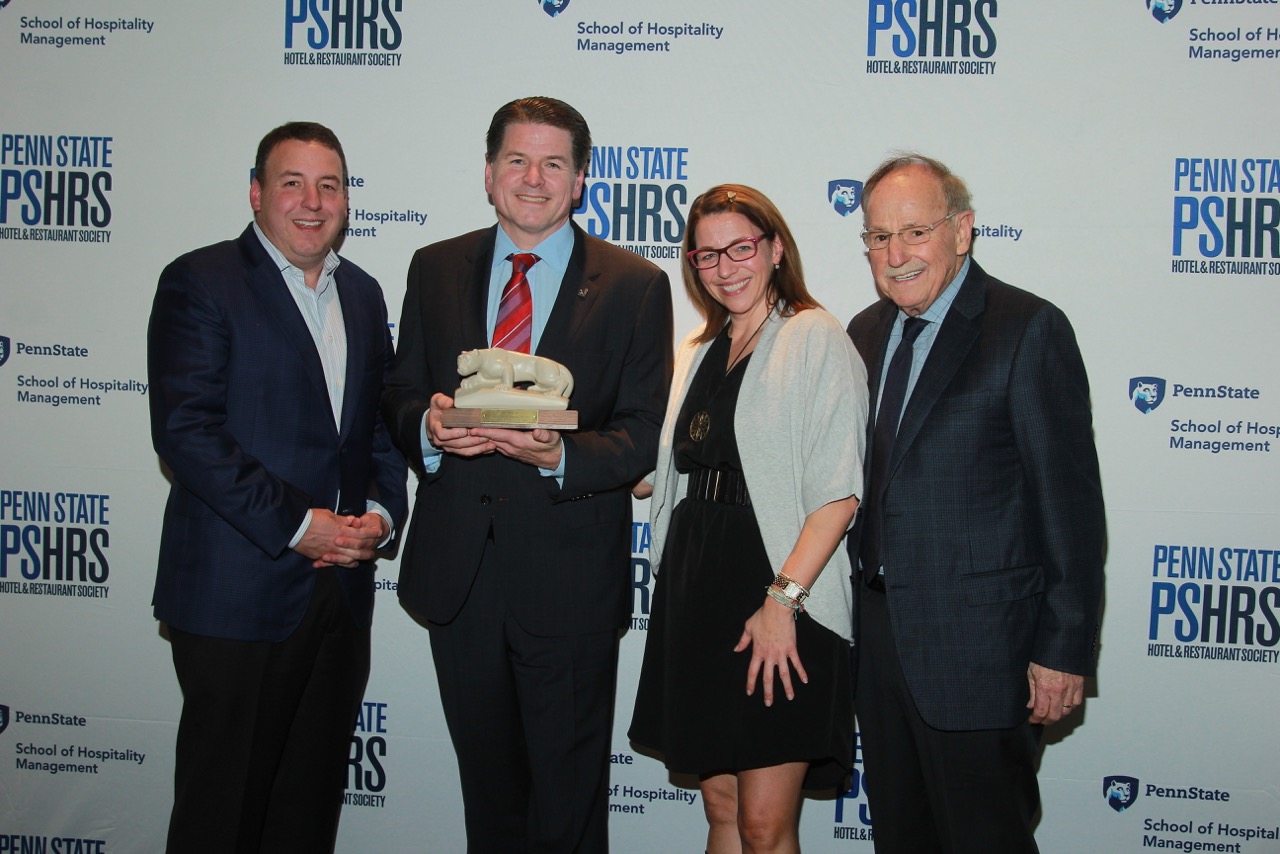 The Penn State Hotel and Restaurant Society and Penn State School of Hospitality Management honored Metz during the 2017 Alumni Awards Reception in conjunction with the school’s annual Alumni in the Classroom event.

“I am humbled and overwhelmed by this tremendous honor from the place that has played such a big part in my life,” said Metz. “Penn State helped mold my career and shape who I am as a person and I am forever grateful for those experiences.”

"Our alumni award recipients are great examples for our students who aspire to be future leaders in our dynamic industry," said Brian Black, director of hospitality industry relations.

Under the umbrella of Sterling Hospitality, Metz created, and currently operates a number of original restaurant brands, including Marlow’s Tavern, an upscale neighborhood gathering place. He also co-founded and operates an upscale contract foodservice company, Sterling Spoon Culinary Management, which specializes in on-site restaurant management in the Georgia market.

Metz began his career at some of the finest restaurants in New York City, including The 21 Club, Tribeca Grill, Park Avenue CafeÌ and Montrachet. He served as executive chef and executive director of research and development for Carlson Restaurants Worldwide, the franchisor for T.G.I. Friday’s and sister restaurants.

Metz serves on the Industry Advisory Board for the Penn State School of Hospitality Management. He is also on the board of directors for the National Restaurant Association, Culinary Institute of America, Atlanta Visitors and Convention Bureau and Atlanta Metro Chamber.

After graduating from Penn State, Metz earned a degree from the Culinary Institute of America. And in 2013, he received the prestigious Gold Plate Award for Operator of the Year, from the International Foodservice Manufacturers Association.